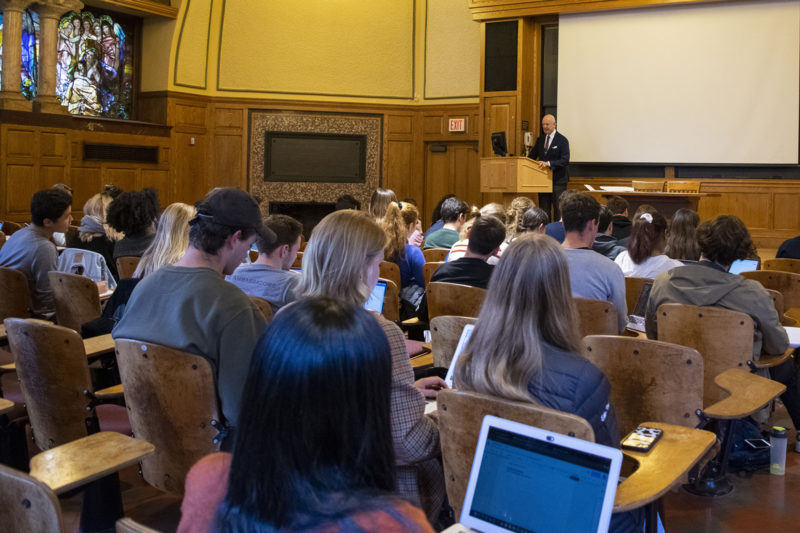 Jackson Visiting Fellows enrich the Jackson and broader university community through attending classes, giving public talks, and interacting with students and faculty through a variety of engaging events.

Jackson Visiting Fellows are distinguished practitioners invited to participate in an immersive multi-day program on the Yale campus, highlighting their extraordinary contributions to global affairs. They enrich the Jackson and broader university community through attending classes, giving public talks, and interacting with students and faculty through a variety of engaging events. 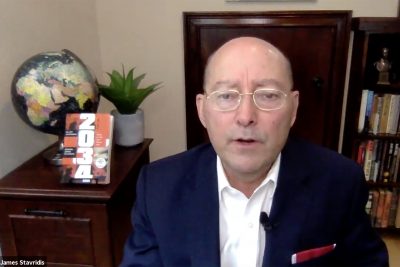 The Jackson Institute hosted Admiral James Stavridis for a virtual public talk on March 10, 2021. He discussed his geopolitical thriller, “2034: A Novel of the Next World War,” which imagines a naval clash between the United States and China in the South China Sea, and the path from there to a global confrontation.

Stavridis is the former Supreme Allied Commander of NATO and Dean of The Fletcher School of Law and Diplomacy at Tufts University. He is currently an Operating Executive at The Carlyle Group.

Read more about the public talk 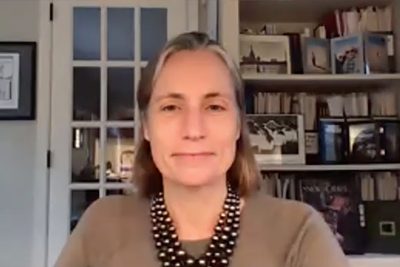 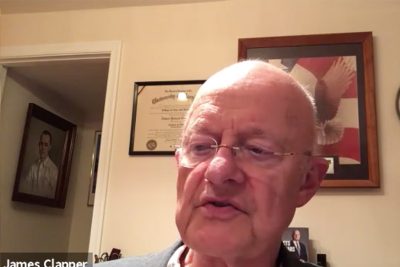 Watch a recording from the discussion 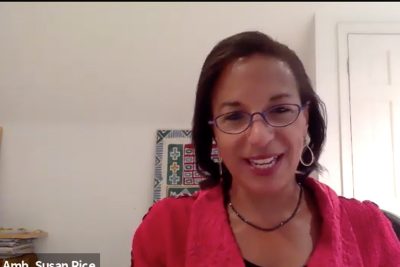 On October 12, more than 300 attendees tuned in to hear from Ambassador Susan Rice, former National Security Advisor to President Obama and U.S. Permanent Representative to the United Nations.

Ambassador Rice served President Barack Obama as National Security Advisor and U.S. Permanent Representative to the United Nations. In her role as National Security Advisor from July 1, 2013, to January 20, 2017, Ambassador Rice led the National Security Council Staff and chaired the Cabinet-level National Security Principals Committee. She provided the President daily national security briefings and was responsible for coordinating the formulation and implementation of all aspects of the Administration’s foreign and national security policy, intelligence, and military efforts. As U.S. Permanent Representative to the United Nations (UN) and a member of President Obama’s Cabinet, Rice worked to advance U.S. interests, defend universal values, strengthen the world’s security and prosperity, and promote respect for human rights. 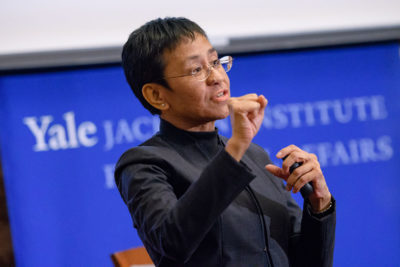 Maria Ressa, an award-winning journalist, author, and activist, visited Yale March 2-3, 2020. She gave a public talk, “Journalism and Human Rights: Fighting Back Against Disinformation,” had lunch with Jackson graduate students, and sat for interviews with student reporters. Read more about the public talk

Ressa has been a journalist in Asia for more than 30 years. In 2012, she co-founded Rappler.com, now one of the leading online news organizations in the Philippines. Previously, Ressa was CNN’s bureau chief in Manila and Jakarta. Rappler’s reporting on the authoritarian administration of President Rodrigo Duterte has spurred repeated intimidation tactics by the Filipino government to discredit Ressa and the media outlet.

Ressa has been honored around the world for her work in fighting disinformation, fake news and attempts to silence the free press. In 2018, she was named TIME magazine’s “Person of the Year” and won the prestigious Golden Pen of Freedom Award from the World Association of Newspapers and News Publishers. She also received the 2018 Gwen Ifill Freedom Award from the Committee to Protect Journalists. This year, Prospect magazine selected her as one of the world’s top 50 thinkers. 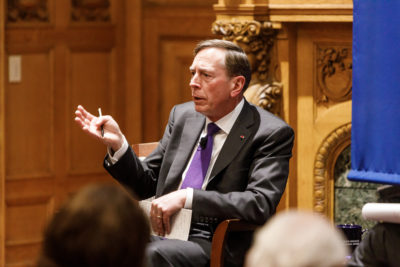 Gen. David Petraeus, former commander of U.S. Central Command and director of the CIA, visited Yale February 18-19, 2020. He gave a public talk, “The Middle East in Crisis: A Role for America?” and served as a panelist for the conference, “The Kurds in Crisis,” which Jackson co-hosted with the nonprofit Justice for Kurds. Read more about the talk.

Petraeus joined KKR in June 2013 and is chairman of the KKR Global Institute, which supports KKR’s investment committees, portfolio companies, and investors with analysis of geopolitical and macro-economic trends, as well as environmental, social, and governance issues. He is also a member of the boards of directors of Optiv (cybersecurity) and OneStream (business software). Prior to joining KKR, Gen. Petraeus served over 37 years in the U.S. military, culminating his career with six consecutive commands, five of which were in combat, including command of coalition forces during the Surge in Iraq, command of U.S. Central Command, and command of coalition forces in Afghanistan. Following his service in the military, Gen. Petraeus served as the Director of the CIA during a period of significant achievements in the global war on terror. 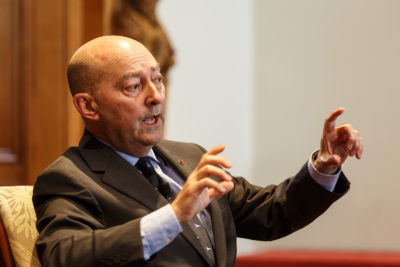 Topics addressed in the talk included the tension between the U.S. and China over the South China Sea; the importance of the U.S. retaining its maritime resources and power; and the characteristics of great leaders. Stavridis also discussed his recently published book, “Sailing True North: Ten Admirals and the Voyage of Character.”

Stavridis attended the US Naval Academy at Annapolis, and spent 37 years in the Navy, rising to the rank of 4-star Admiral. Among his many commands were four years as the 16th Supreme Allied Commander at NATO, where he oversaw operations in Afghanistan, Libya, Syria, the Balkans, and counter piracy off the coast of Africa.He was the longest serving Combatant Commander in recent US history. 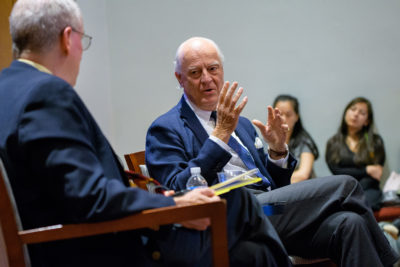 Staffan de Mistura, former Undersecretary General of the UN and Special Representative for Syria, Iraq, and Afghanistan, visited Yale October 22-23, 2019. During his time at Yale, de Mistura spoke in six Global Affairs classes and gave a public talk to a standing-room-only audience in Horchow Hall. Read more about his visit.

Staffan de Mistura, former Under-Secretary General of the United Nations, served as Special Envoy for Syria of the United Nations Secretary-General from July 2014 to December 2018.  Prior to this assignment, he was the Special Representative of the Secretary-General in Iraq (2007-2009) and in Afghanistan (2010-2011), and Italy’s Deputy Foreign Minister. During a career of over four decades with United Nations agencies, he served in numerous conflict zones, directing complex relief operations, food distributions and vaccination campaigns. In particular, he was posted in Sudan, Ethiopia, Albania, Afghanistan, Iraq, Bosnia and Somalia.  He also held senior political and humanitarian assignments in Lebanon and Iraq, and served as Deputy Executive Director of the World Food Programme.  Mr. de Mistura is a national of Italy and Sweden. He speaks seven languages.