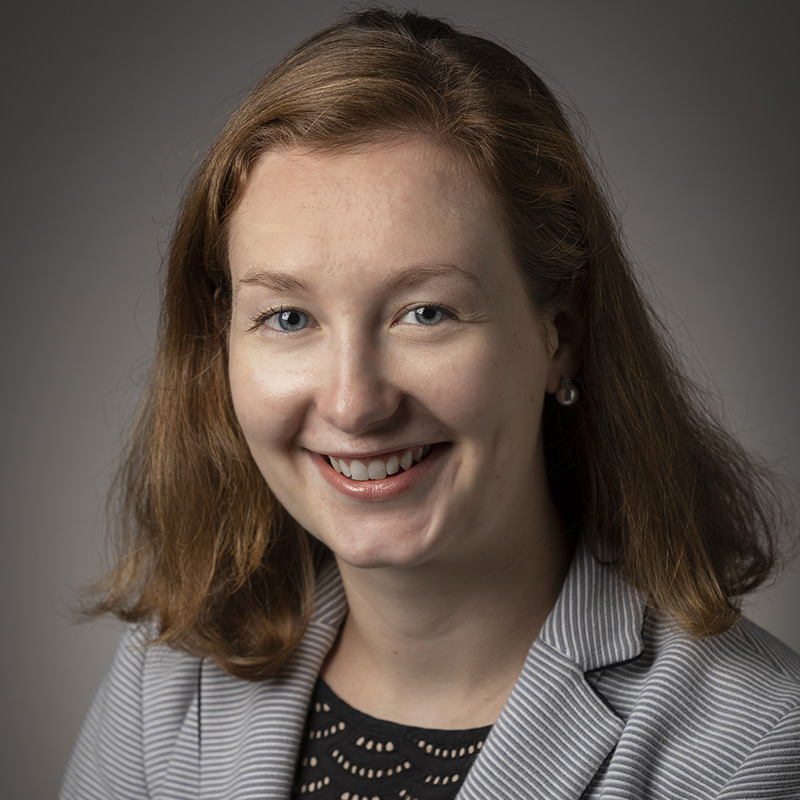 Liz Griesmer is pursuing an M.A. at the Jackson Institute to prepare for a career in migration policy advocacy. Liz developed an interest in foreign policy while interning with Senator Cory Booker as Congress debated the Joint Comprehensive Plan of Action, or the Iran Nuclear Deal. The flood of anti-Iranian and Islamophobic calls to the Senator’s office inspired her to write a paper which analyzed this rhetoric as a reflection of Orientalism and U.S.-Iranian relations spanning decades prior. Internships with the Feminist Majority Foundation and League of Women Voters gave her the opportunity to research policy proposals on issues as diverse as women’s rights and gun control and to lobby Congress for their passage. In her most recent position as a paralegal with the law firm Skarzynski Marick & Black, she assisted on cases ranging from the opioid epidemic to the War Hazards Compensation Act, which grants compensation to defense contractors injured in war zones. Liz’s academic background at Vassar College, where she graduated Phi Beta Kappa with degrees in Political Science and French & Francophone studies, reflects her interest in postcolonial and migration studies. Her senior thesis, awarded distinction by the Political Science Department, examined the role of the contemporary French school in the reproduction of colonial ideology and its effect on students of color and immigrant students. For her thesis, she received funding to conduct ethnographic research at a Réseau d’éducation prioritaire in Paris. At Yale, Liz intends to concentrate in migration and Middle Eastern studies.