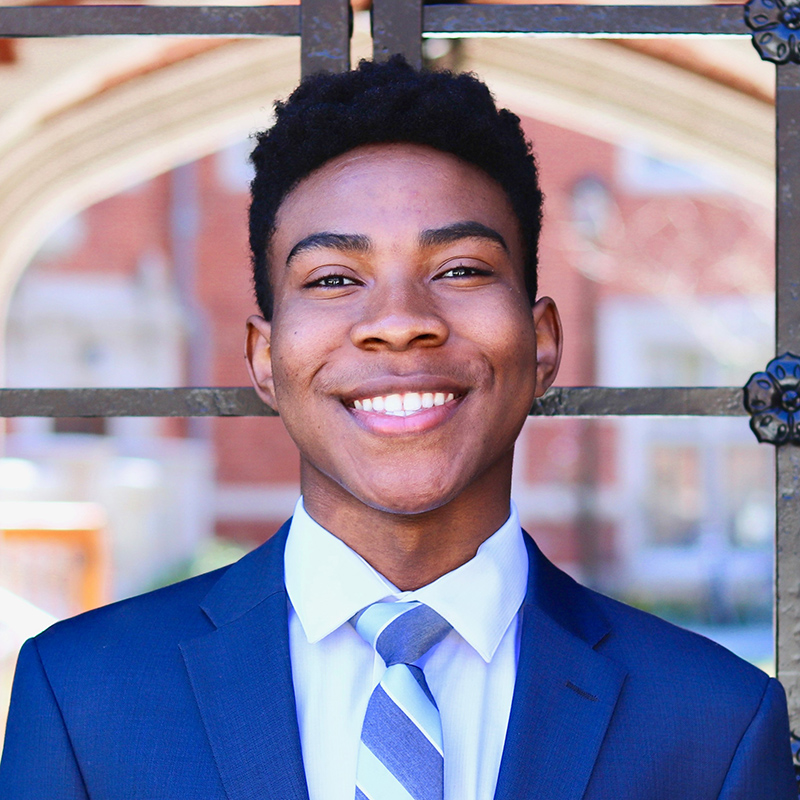 Kahlil Greene is a senior at Yale College studying the History of Social Change and Social Movements and served as the first Black student body president at Yale. As student body president, Kahlil united student groups to raise over $57,000 for racial justice organizations through the “Yale Together” movement after George Floyd's murder, launched 6 "Affinity Networks" to increase representation for marginalized communities on the Council, and successfully advocated alongside a student movement to enact Universal Pass/Fail Grading after students were removed from campus in the Spring of 2020. He is a member of the Brady-Johnson Program in Grand Strategy, the Institute of Social and Policy Studies Director’s Fellowship, and the Phi Alpha Theta History Honor Society. As a child, Kahlil attended Boys and Girls Clubs for seven years and was inducted into the inaugural class of their Greater Washington Hall of Fame for his continued engagement, fundraising, and support. He now advocates for youth and racial justice throughout the country.