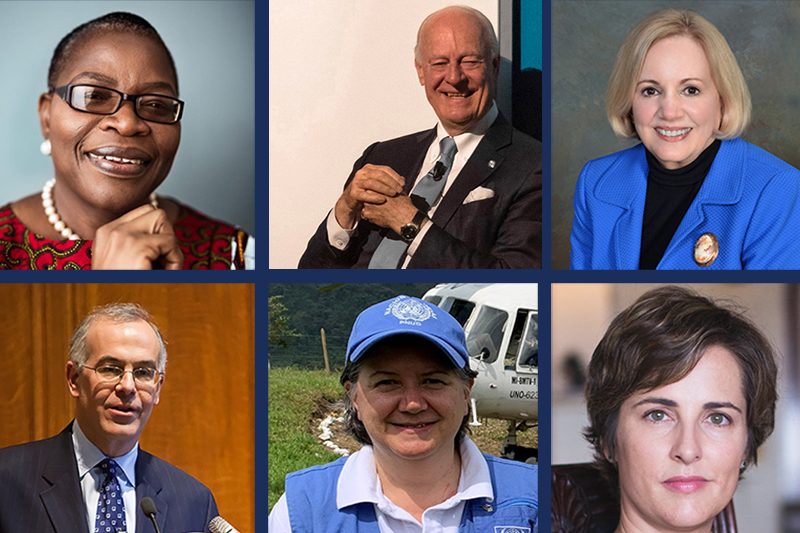 We are pleased to announce the 2021-2022 Jackson Institute Senior Fellows.

Read more about all of our Senior Fellows. 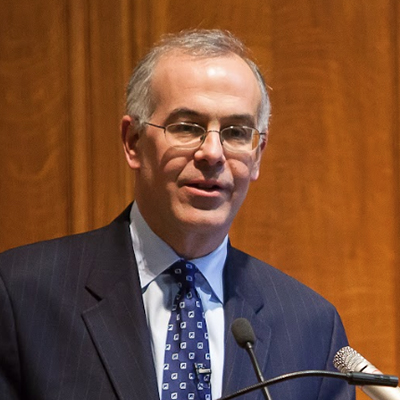 David Brooks
David Brooks served as a Senior Fellow at Jackson from 2012-2018. He is a columnist for The New York Times, a political and cultural commentator and a bestselling author. He has been a senior editor at The Weekly Standard, a contributing editor at Newsweek and the Atlantic Monthly, and he is a weekly commentator on "The Newshour." He is also a frequent analyst on NPR’s "All Things Considered. " His articles have appeared in the The New Yorker, Forbes, the Washington Post and many other publications. Brooks is the author of Bobos in Paradise: The New Upper Class and How They Got There and On Paradise Drive: How We Live Now (And Always Have) in the Future Tense, and The Social Animal: The Hidden Sources of Love, Character, and Achievement. His most recent book is The Road to Character.
Read Full Bio 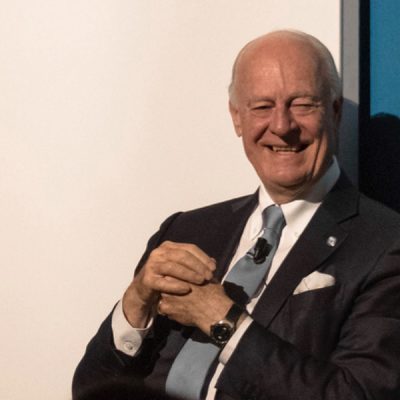 Staffan de Mistura, former Under-Secretary General of the United Nations, served as Special Envoy for Syria of the United Nations Secretary-General from July 2014 to December 2018. Prior to this assignment, he was the Special Representative of the Secretary-General in Iraq (2007-2009) and in Afghanistan (2010-2011), and Italy’s Deputy Foreign Minister. During a career of over four decades with United Nations agencies, he served in numerous conflict zones, directing complex relief operations, food distributions and vaccination campaigns. In particular, he was posted in Sudan, Ethiopia, Albania, Afghanistan, Iraq, Bosnia and Somalia.  He also held senior political and humanitarian assignments in Lebanon and Iraq, and served as Deputy Executive Director of the World Food Programme. De Mistura is a national of Italy and Sweden. He speaks seven languages. 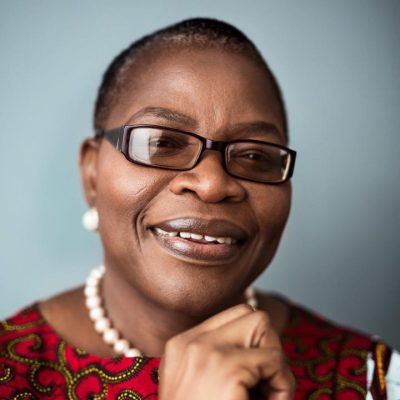 Oby Ezekwesili
Obiageli “Oby” Katryn Ezekwesili, an economic policy expert, is Senior Economic Adviser of the Africa Economic Development Policy Initiative and one of the co-founders and pioneer directors of Transparency International-TI, the Berlin-based global anti-corruption organization. Ezekwesili is currently also the Founder-CEO of Human Capital África working in the education sector across Africa.

Ezekwesili was a Vice President of World Bank- Africa Region in Washington DC between 2007 and 2012. She served in the government of Nigeria between 2000 and 2007. She was the Minister of Minerals and later of Education. She was a presidential aide and headed the Budget Monitoring and Price Intelligence Unit which later became the Bureau for Public Procurement- BPP. She was concurrently the pioneer Chairperson of the Nigerian Extractive Industry and Transparency Initiative- NEITI in which capacity she successfully designed and implemented the global principles for Nigeria. Ezekwesili also worked as the Director of the Harvard-Nigeria Economic Strategy Project at the Center for International Development at the Kennedy School of Government, Massachusetts.

A Chartered Accountant and consultant, she holds an MA in International Law and Diplomacy and an MA in Public Policy and Administration from the Kennedy School of Government, Harvard University.
Read Full Bio 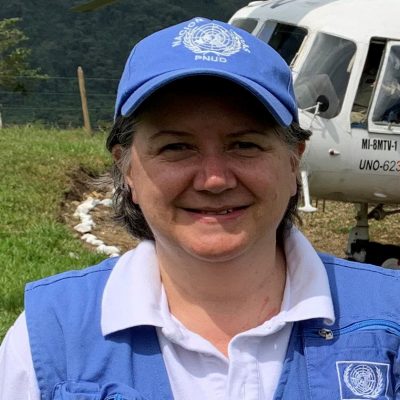 Previously she served as Director of UNDP in Haiti in the aftermath of the devastating 2010 Earthquake; She led the UN in El Salvador and Belize. She also served in the Executive Office of UN Secretary-General Kofi Annan and in the Office of the UNDP Administrator. Jessica has also had assignments in Argentina, Cuba, Guyana, and Panama.

A National from Ecuador, Jessica holds a Master’s in International Affairs, and an MBA from Columbia University in New York. She was a 2006 World Fellow at Yale. 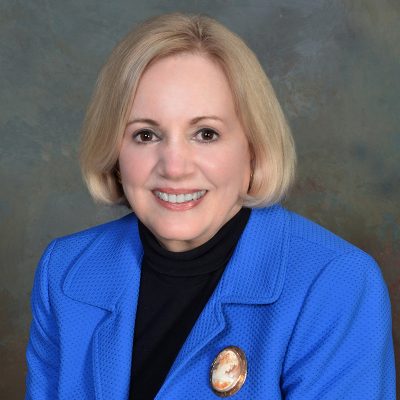 Ambassador Anne W.  Patterson was the Assistant Secretary for Near Eastern and North African Affairs at the Department of State (2013-2017).  She served as Ambassador to Egypt (2011-2013), to Pakistan (2007-2010), to Colombia (2000-2003) and to El Salvador (1997-2000).  She retired in 2017 with the rank of Career Ambassador after more than four decades in the Foreign Service. Ambassador Patterson also served as Assistant Secretary of State for International Narcotics and Law Enforcement Affairs and as Deputy Permanent Representative to the United Nations.

Patterson was named one of Foreign Policy’s 100 Top Global Thinkers in 2011.  She is a two-time recipient of the State Department’s Distinguished Service award.  She has been appointed to two congressional commissions: the Commission on National Defense Strategy in 2017 and the Syria Study Group in 2019. 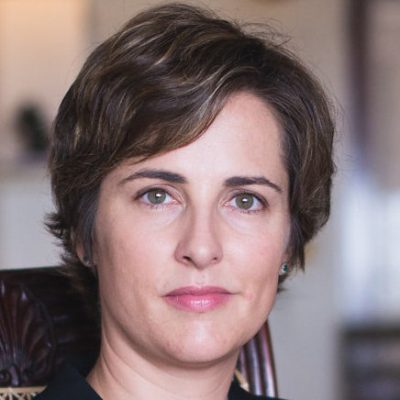 Jessica Seddon
Jessica Seddon is the global lead for air quality at the World Resources Institute (WRI), research fellow at the Chadha Center for Global India at Princeton University, and an adjunct fellow (non-resident) with the Wadhwani Chair in U.S.-India Policy Studies at the Center for Strategic and International Studies. At WRI, she leads a team of scientists, strategists, and practitioners who are focused on helping cities and countries manage their air to achieve health, ecosystem, and climate goals. Her own work focuses on the way that new sources of information and environmental awareness can be leveraged to motivate and guide cost-effective strategies for reducing polluting emissions and achieving clean air for all.

Seddon also serves on the advisory board of the Wilderhill Global Clean Energy Index (NEX) and the academic councils of Krea University, a new liberal arts initiative in South India, and the Indian School of Public Policy in New Delhi. Prior to joining WRI, Seddon co-founded and led Okapi, an India-based strategy group incubated at Indian Institute of Technology (IIT) Madras that focuses on institutional design for social innovation. Her earlier career spans academic and strategic advisory roles focused on institutional design for integrating science into policy and social initiatives. She has worked with numerous institutions in India, including as visiting fellow at IDFC Institute (Mumbai) and senior fellow at the Center for Technology and Policy, IIT Madras.

Seddon earned her Ph.D. in political economy from Stanford University Graduate School of Business and her B.A. in government and Latin American studies from Harvard University.
Read Full Bio