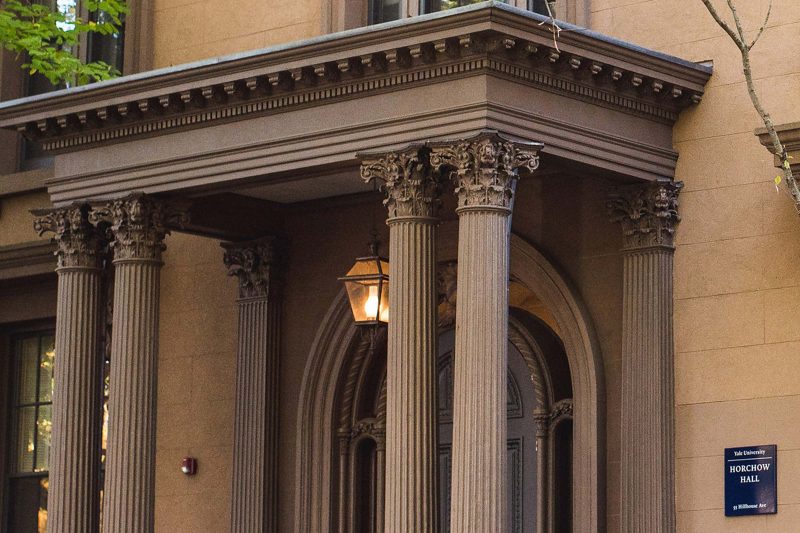 Building on Centuries of Experience, With An Eye Toward the Future

Established in 2010, the Jackson Institute for Global Affairs focuses on providing an interdisciplinary academic experience designed to help students gain a comprehensive understanding of global affairs.

By the standards of a 320 year-old university, we’re pretty new.

Founded in 2009 with a transformational gift from John (’67) and Susan Jackson, the Institute builds on Yale’s centuries long tradition of educating leaders in fields of global affairs. Yale’s graduates include five U.S. presidents; four U.S. Secretaries of State; the presidents or prime ministers of Mexico, South Korea and Germany; numerous ambassadors; and many heads of private and non-profit enterprises that contribute to the public good such as Human Rights Watch, Mercy Corps, Ashoka, Unite for Sight and the Peace Corps.

The Jackson Institute is the home of three degree programs: an undergraduate major in Global Affairs, a Master of Arts program in Global Affairs, and a Master of Advanced Studies in Global Affairs. Jackson’s BA and MA programs grew out of Yale’s long-standing programs in International Studies (BA) and International Relations (MA). The Global Health Studies Multidisciplinary Academic Program (MAP) is also part of the Jackson community. It provides Yale College students with rigorous training in and engagement with skills and knowledge relevant to global health research and practice.

Each year we host an impressive group of Senior Fellows—leading practitioners in government, business, international organizations, the NGO community and other global affairs fields. Our Fellows spend a semester or the full academic year at Yale teaching classes and mentoring students.

Yale’s Johnson Center for the Study of American Diplomacy, established in 2011, is also part of the Jackson Institute. This center sponsors a major conference each spring and hosts Kissinger Senior Fellows.

In 2015, the highly respected World Fellows Program joined the Jackson community. The program brings 16 accomplished, mid-career global leaders to Yale’s flagship leadership development program for a four-month immersive transformational journey. The program, established in 2002, has a network of more than 300 Fellows from 90 countries.

Jackson’s future is bright – we hope you’ll join us.

Read more about Jackson’s transition from an institute to a professional school.

The Jackson Community
The Future of Jackson
View Our FAQs