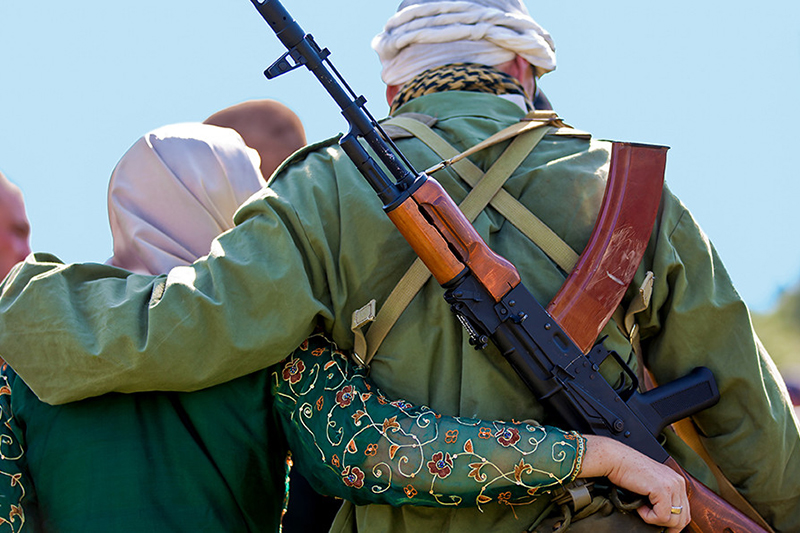 The United States has spent billions of dollars in Afghanistan on economic interventions, such as job-training programs and direct cash payments, to counter violent extremism, but a new study casts doubt on the ability of these initiatives to reduce support for the Taliban or improve people’s economic condition.

The study, led by Yale political scientist Jason Lyall, is the first to test the effectiveness of economic aid programs in an active war zone. The researchers partnered with Mercy Corps, a global humanitarian and development organization, to evaluate a program that provided vocational training and unconditional cash payments to young men and women in Kandahar, Afghanistan’s second-largest city and the birthplace of the Taliban, where airstrikes, suicide bombings, and military operations occur regularly.

“We didn’t find any evidence to support the belief that insurgent support is driven by unemployment and poor job prospects,” said Lyall, a Jackson Institute faculty member and director of Yale’s Political Violence FieldLab.

The researchers conducted a randomized controlled experiment over a period from 2015 to 2017 when Kandahar was experiencing frequent combat operations, a sharp economic downturn, and a robust opium crop. The research sample consisted of 2,597 men and women who were deemed vulnerable to supporting insurgents due to high unemployment, youth (their average age was 21 years old), a shared Pashtun ethnicity with the Taliban, and the experience of forced displacement.

Participants were divided into groups that received a one-time payment of $75 (the equivalent of four mouths wages for the average unskilled male worker in Kandahar); groups that were enrolled in a vocational training program that lasted either three or six months; groups that received both the payment and training; and control groups that did not receive either intervention. Through multiple surveys, the researchers measured the economic outcome of the interventions and their effect on participants’ attitudes toward the Afghan government and the Taliban.

They found that the vocational training — which consisted of courses meant to build marketable skills like mobile phone repair, metal working, and computer services — resulted in slight economic improvements and triggered no support for the government.

The $75 direct cash payments caused an initial boost in support for the government, but generated ill will toward the government after the money was spent.

“The direct cash transfers were problematic,” said Lyall, who has briefed U.S. military officials on the study’s findings. “People were actually tracking more toward the Taliban after the money ran out.”

The findings have important policy implications as both vocational training and cash transfers are widely used by governments, militaries, and aid agencies, note the researchers. For example, the United States spent $2.28 billion on unconditional one-time cash payments in Afghanistan from 2003 to 2014, and nearly $4 billion on similar payments in Iraq from 2003 to 2011.

“If we’re right — and keep in mind that this is only one study — then making one-time cash payments just pours gasoline on the fire in places like Afghanistan and Iraq,” Lyall said. “If governments and aid groups are going to use cash payments, they should distribute the money in installments so that they don’t create a boom and bust cycle.”

While each intervention individually failed to shift support away from the Taliban, when combined they elicited a pro-government response from study participants over a seven- to eight-month period, the study concluded.

Lyall and his co-authors suggest that policymakers and aid agencies employ the interventions in tandem and not necessarily with the objective of improving economic conditions.

“Even though these are economic interventions, their most important effect is political, not economic,” he said. “You want the local government to be seen as delivering something to the population so that it demonstrates that local officials care and are trying to help their constituents. It allows local politicians to gain a positive reputation for bringing in funds.”

Kandahar is a “noisy” and insecure environment with poor telecommunications, where people rarely witness examples of government competency, said Lyall.

“One signal, such as a cash payment, is not enough to cut through that noise,” he said. “You really need at least two signals because then people can begin to put a pattern together and revise their opinions of the government’s response and competency.”

The linkage between economic aid programs and insurgent support is typically studied in a post-conflict environment years after the shooting as stopped, Lyall said.

“Our study allowed us for the first time to see the effects of these programs in a violent setting,” he said. “The Taliban is in Kandahar and joining the Taliban is a realistic proposition there.”

Since U.S.-led forces toppled the Taliban in 2001, the Unites States has spent nearly $46 billion on aid programs to win over the Afghan people’s hearts and minds, according to the Office of the Special Inspector General for Afghanistan Reconstruction. About 25,000 civilians have been killed in Afghanistan since accurate reporting began in 2009, according to the United Nations Assistance Mission Afghanistan.