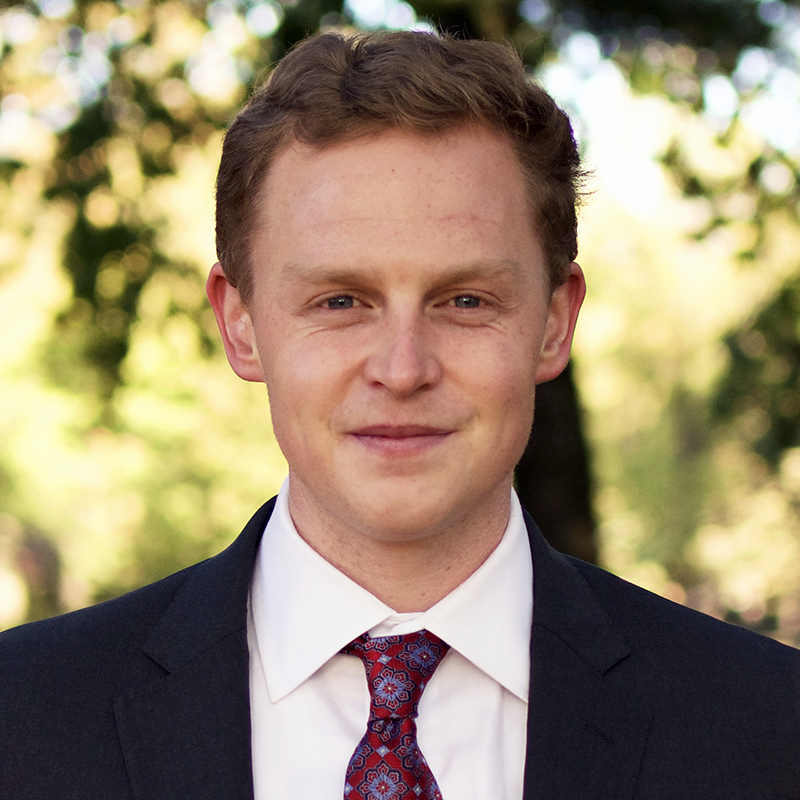 Master of Arts in Global Affairs, Class of 2022
Kerry Fellow

Douglas Burt is a first-year master’s student at the Jackson Institute of Global Affairs. He graduated cum laude from Tufts University in 2017 with a double major in international relations and history. While at Tufts, he interned with Erie Insurance’s Investments Division, assessing geopolitical risk in Erie’s asset allocation process, and with the U.S. Department of Defense, analyzing nuclear weapons policy. After graduating, Doug became a California Capital Executive Fellow in Sacramento, a program jointly administered by the Office of the Governor and the Center for California Studies. As an Executive Fellow, he designed policies focusing on climate change and sustainable economic development, including catalytic investments in community planning and advanced research and development in clean energy. He was then appointed to the Governor’s Office of Planning and Research (OPR), where he served as a Policy and Strategy Analyst on OPR’s Military Affairs team. At OPR, he co-managed award-winning U.S. Department of Defense funded programs to build cybersecurity resilience in the defense industry and strengthen the American defense manufacturing base. At Yale, Doug plans to study the role of strategic economic development and non-traditional actors in international security and diplomacy.