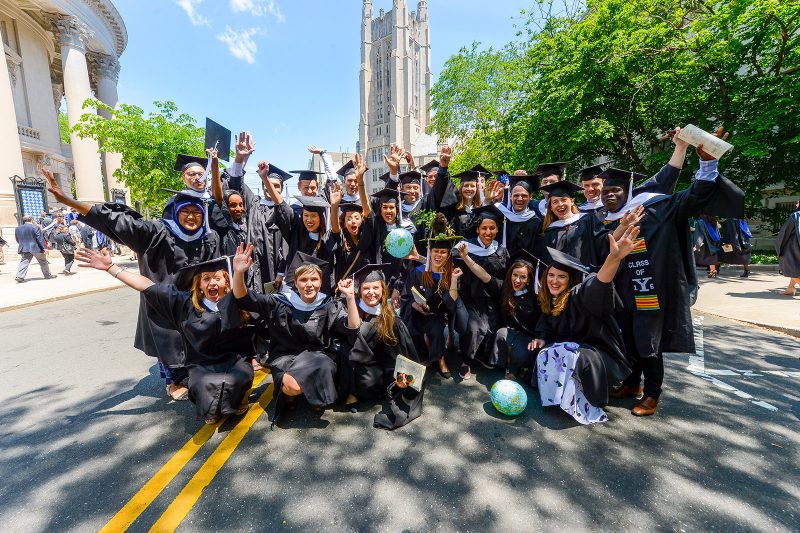 By establishing the Yale Jackson School of Global Affairs, Yale will continue to fulfill its responsibility to teach students to become leaders who will tackle challenges with wisdom, facts, insight, and courage. 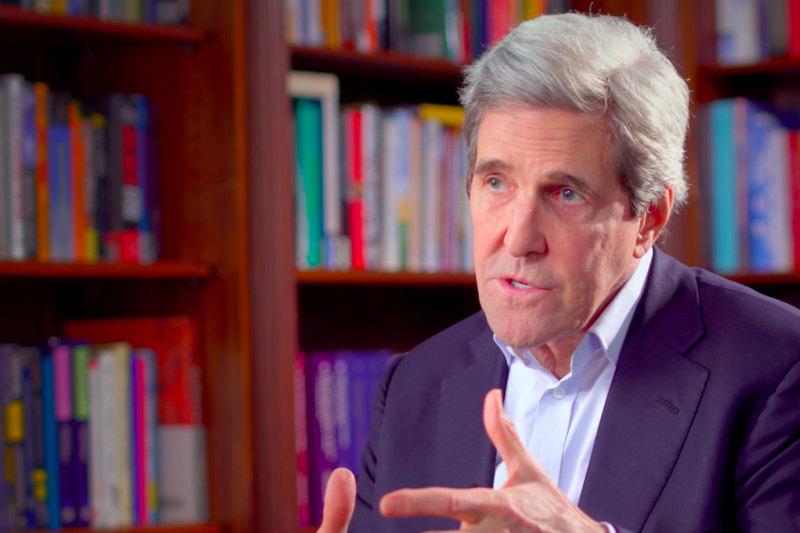 A Vision for the Future

As part of our short video series, Sec. John Kerry, the Distinguished Fellow for Global Affairs, talks about his vision for the Jackson School of Global Affairs. 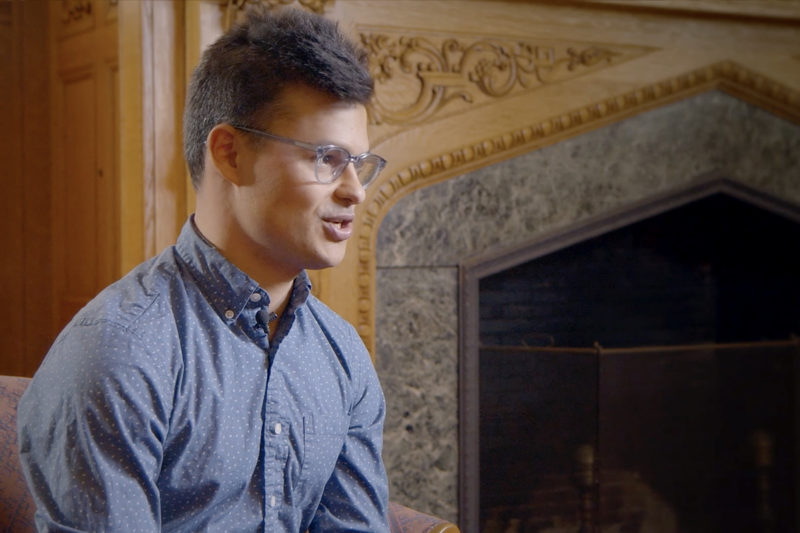 As part of our short video series, graduate student Drew D'Alelio shares his thoughts on Jackson’s transition from an institute to a school. 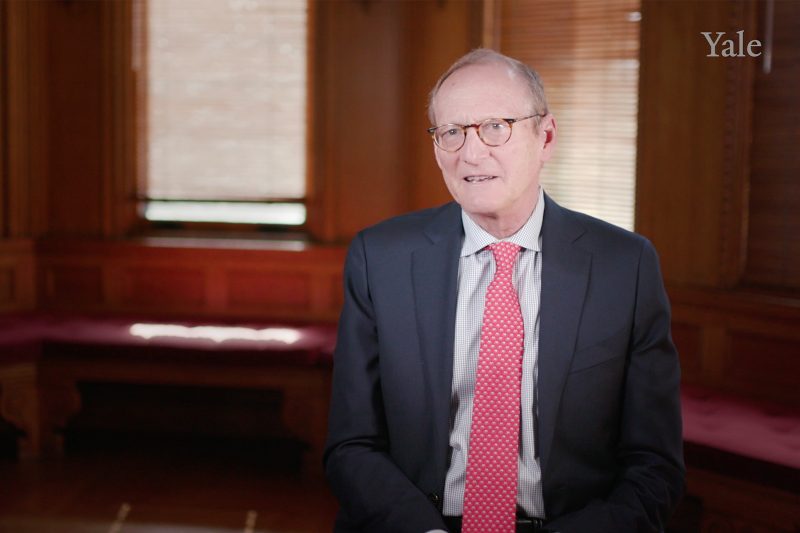 In this video, we hear from Jackson's director, Professor Jim Levinsohn, and Professor Judy Chevalier, who spearheaded the faculty committee that recommended establishing the Jackson School.

The Future of Jackson

On April 6, 2019, Yale’s Board of Trustees approved expanding the Jackson Institute for Global Affairs into a small and academically grounded professional school.

The Yale Board of Trustees approved the transformation of the university’s Jackson Institute for Global Affairs into a school, President Peter Salovey announced on April 6, 2019.

The new school will apply evidence-based scholarship to challenges of maximum global importance, such as climate change, war and peace, ethnic conflict, inequality, and migration.

The Yale Jackson School of Global Affairs will be the first professional school created at Yale since the establishment of the Yale School of Management, which opened in 1976.

“Now more than ever, our world needs creative ideas and leadership to help end global conflicts and solve intractable problems,” Salovey said. “By establishing the Yale Jackson School of Global Affairs, we will create an intimate community of outstanding faculty, practitioners, and students to conduct research of great relevance to the development and adoption of international policy. Yale will continue to fulfill its longstanding mission to educate passionate public servants who confront the day’s most daunting challenges with wisdom, facts, insight, and courage.”

The trustees have targeted the fall of 2022 for the opening of the school, provided that at least an additional $200 million is raised for its endowment. Much progress has been made in pursuit of that goal. John Jackson ’67 and Susan Jackson, whose generous initial donation supported the Jackson Institute’s founding in 2010, have provided, through the Liana Foundation, another, transformative gift toward establishing the new school.

“I am deeply grateful to the Jacksons for their tremendous support, and for the passion they bring to global affairs,” said Salovey.

“We believe Yale has all the pieces in place to create a school that prepares a new generation of globally engaged leaders and generates ideas that improve the world,” John Jackson said. “We are thrilled to help the university advance this vital mission.”

“We are very proud to be a part of this,” said Susan Jackson. “The world needs the best of what Yale brings to global affairs: we believe that faculty and students in this new school can change the course of history for the better.”

In 2017, Provost Ben Polak named an advisory committee of eight senior faculty members to assess whether the Jackson Institute should be converted into an independent professional school. The committee issued a report in November recommending that the institute be made into a school of global affairs that provides the “intellectual underpinning for evidence-based policymaking” and is “oriented around the principle that solutions to global policy challenges are attainable and that scholarly research at Yale can change the world.”

The committee’s recommendations were shared with the community, and feedback was solicited from students, faculty, and staff.

“Yale is uniquely well-situated to establish a leading center of research and learning in global affairs,” said Judith Chevalier, the William S. Beinecke Professor of Economics and Finance at the Yale School of Management, and chair of the advisory committee. “With the Jackson Institute, Yale already has a vibrant convening space for education and scholarship on issues of a global nature. The Yale Jackson School of Global Affairs will build on that strong foundation and Yale’s strengths in a variety of academic and professional fields, such as economics, political science, the humanities, law, and public health, to help set the agenda on how to address global policy issues.”

The new school’s faculty will represent a range of disciplines from the humanities, social sciences, and Yale’s professional schools. Faculty members will be jointly appointed with other units at Yale — a model conducive to developing a multi-disciplinary faculty that is fully integrated into the campus community. The faculty will oversee the development of the school’s curriculum and be joined in its teaching mission by a rotating roster of senior fellows — eminent practitioners with specialized policy experience in foreign affairs.

Retired General Stanley McChrystal, one of the first Jackson Senior Fellows, has taught a seminar on leadership that has become a hallmark of the Jackson Institute and one of the most popular seminars it offers. “Having watched Jim Levinsohn and the team at Jackson thoughtfully craft a truly world-class center of learning,” said McChrystal, “it is particularly exciting to see the Jacksons’ and Yale’s shared vision become a reality.”

The new school will seek to give its students deep knowledge of the world around them, fluency with data, and an agility working across disciplines that will equip them to meet global challenges and pursue opportunities that benefit all, Salovey said.

The process of hiring the faculty will begin immediately, Salovey noted.

“Expanding the Jackson Institute into a school of global affairs is a natural and exciting next step,” said Jackson Institute Director James Levinsohn, the Charles W. Goodyear Professor in Global Affairs, and professor of economics and management. “It will allow us to attract the world’s best talent, including renowned practitioners who have impacted our world, a world-class research faculty whose work will contribute answers to the pressing questions of the day, and wonderful students from across the globe. The new school will provide students the tools, knowledge, and platform to become leaders on issues of global importance.”

The faculty committee emphasized the need to create an “intimate and intense” community in which faculty, students, and practitioners know each other well and are encouraged, even required, to interact with other parts of campus.

“Operating on an intentionally small scale means valuing quality over quantity: quality of faculty and fellows, quality of students, quality of research, and quality of teaching. These are the hallmarks of excellence to which we aspire,” the committee stated.

Ellen Chapin ’18 M.A., who was one of 28 students to earn master’s degrees in global affairs last year, praised the trustees’ decision to convert the institute into a professional school.

“I knew from my first day of classes that the Jackson Institute was a special place,” Chapin said, “and I’m thrilled that Yale has recognized just how special it is now, and will be for its future students. Congratulations to one of the world’s pre-eminent institutions for global affairs. It’s good to be a school!”

In 2017, the institute named former U.S. Secretary of State John Kerry ’66 as Yale’s first-ever Distinguished Fellow for Global Affairs and worked with him to establish the Kerry Initiative, an interdisciplinary program that addresses pressing global challenges through teaching, research, and international dialogue. The institute also administers the Maurice R. Greenberg World Fellows Program, which attracts mid-career professionals from across the globe to Yale for a four-month, full-time residential program. The fellows host events, invite speakers to campus, and mentor students.

The institute also houses the Johnson Center for the Study of American Diplomacy, which was established in 2011, shortly after former U.S. Secretary of State Henry A. Kissinger donated his papers to Yale. It encourages research and teaching on U.S. foreign policy by drawing on the Kissinger papers as well as other important Yale library collections in this field.