Climate Change and Health Adaptation in the Eastern Caribbean

Steve Whittaker gave a talk on climate change and health adaptation in the Eastern Caribbean on February 14, 2019. 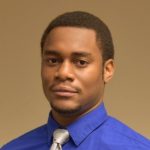 The Global Health Studies Program co-sponsored a talk by Steve Whittaker, a postdoctoral associate in global health and a postdoctoral researcher at the Yale School of Forestry and Environmental Studies. Whittaker presented on climate change and health adaptation in the Eastern Caribbean.

Whittaker graduated with a B.A. in Environmental Engineering from Yale University in 2008. His senior thesis focused on water quality, specifically generating concentration curves that could be used to estimate contaminant levels in aquatic environments. With the support of the Organization of American States (OAS) advanced degree scholarship program, he went on to obtain his M.Sc. in Environment Health and Safety Management at the Rochester Institute of Technology. There he designed and directed a remote behavior-based safety study on the staff of a biomedical research laboratory in a tropical setting. After a two-year stint as associate project manager of a contract-research team, he returned to Yale to pursue a Ph.D. in Public Health and subsequently joined the Bell Research Lab. He successfully defended his dissertation titled “Climate Change Adaptation, Air Quality, and Health in the Eastern Caribbean” in 2018. He has routinely balanced his time as a researcher with teaching and mentoring as well as supporting independent studies of the environment and violence through collaborative work in St. Kitts and Nevis. At Yale, Whittaker will endeavor to build on examinations of health outcomes as influenced by climate change management, communication, and disaster impact response among susceptible groups in uniquely vulnerable tropical locales.